What Band Was That? - johnshippeephotography

What Band Was That?

Bands generally like photographers because they provide the photos to use for future press releases, fliers, etc... I like music and getting seeing concerts. Who wouldn't love getting paid to do what they enjoy??? With that in mind: there are many things that go into photographing a concert or music festival. Did I remember to charge the batteries? Do I have spare batteries? Are the extra memory cards in my bag? Did I remember to change the settings back to my standard settings after that shoot I did yesterday? One of the biggest issues I have when photographing a show with more than one band is knowing the name of each band and in which order they played. This usually isn't a problem for shows with 1 - 3 bands performing, but when you get into festivals that last for days and multiple acts on various stages every day, it gets confusing. I generally will stuff a schedule in my bag to use during post processing to match up the times on the schedule with the date/time stamp on the photos. (This works as long as the show doesn't get off schedule, which often happens.) In reality, I rely more on the bands to let me know who they are. I always take a photo of either the drum with the band's name on it, or a banner they band has on stage, something...anything...to let me know who they were. For example, when I saw Whole Wheat Bread in Jacksonville, Florida, perform during a festival, I got a photo with their banner.

I, and anyone else who views this image knows that this is Whole Wheat Bread. I appreciate when bands do this. It helps me more than you know. Steven Archer, from Ego Likeness, has a sticker on his guitar with the band's logo on it. They also usually have banners on stage with them, but any bit of b(r)and recognition helps.

I don't remember if this band had a logo on stage with them or not. Either way, from this photo alone, you most likely wouldn't know that it is of the singer for Soul Asylum. 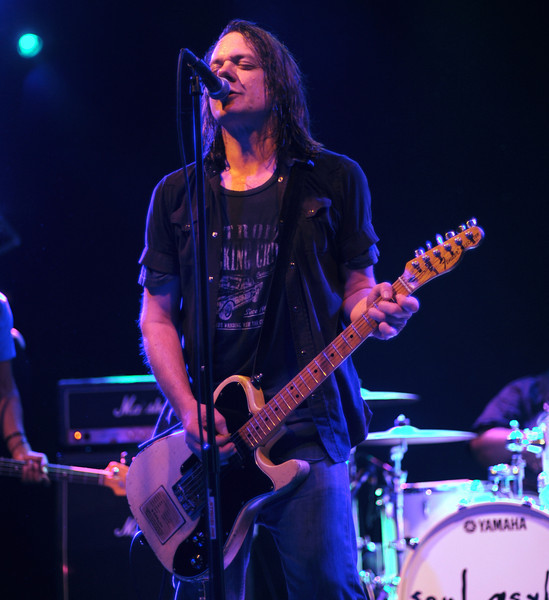 So, for all you musicians out there, please do me a favor and put something on stage so that photographers will know your band's name and can give credit where it's due. Thank you!